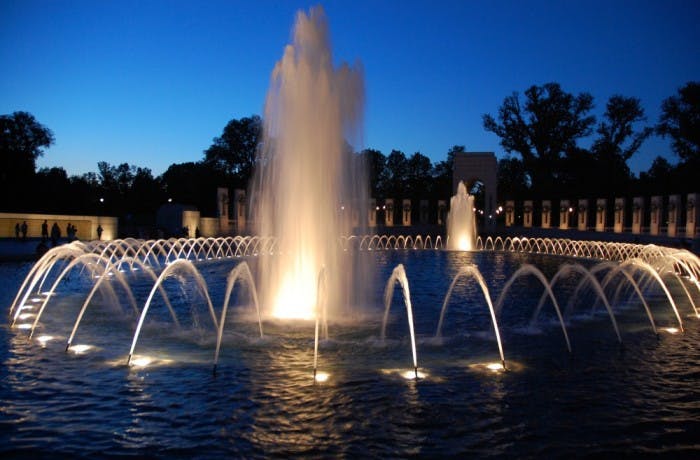 The World War 2 Memorial was dedicated  May 29 2004 but was opened to the public  on April 29, 2004, The World War II Memorial  dedicated to the over 400 000 men and women who paid the ultimate sacrifice.Over 16 million Americans served in the armed forces including 2 million African Americans

The design incorporates iconic scenes of the war experience covering everything from servicemen taking the oath to depictions of combat and, finally, the homecoming. The memorial symbolizes and celebrates the sacrifice, courage and dedication of all Americans during one of the most defining events of our nation’s history. Located on the National Mall, the memorial stands between the Washington Monument and the Lincoln Memorial, and is open to visitors at seven days a week and 24 hours a day.