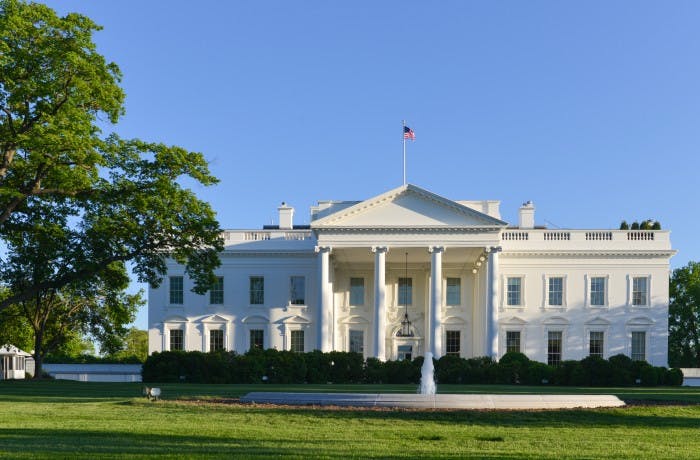 The White House is the oldest government building in Washington DC.It is the home of the President of the United States. Every President since John Adams has lived in this great house.When the John Adams moved into White House is was cold, damp and was not completely.Mrs. Adams would ofter hang her laundry in the East room.

Each President add something new to the house. Harry Truman added a balcony and had the the house gutted . At the time Truman lived in the White House the house was in bad condition. A piano fell through on of the upper. President Truman left the White House and moved to the Blair house for a few years

The White house has 132 rooms, 16 guest bedrooms 35 bathrooms 28 fireplaces 8 staircases and 3 elevators. There are five full time chefs who can serve as many140 guests for dinner. The 50 seat movie theater can show the latest movie. The President and family live on the second and third in the residence.