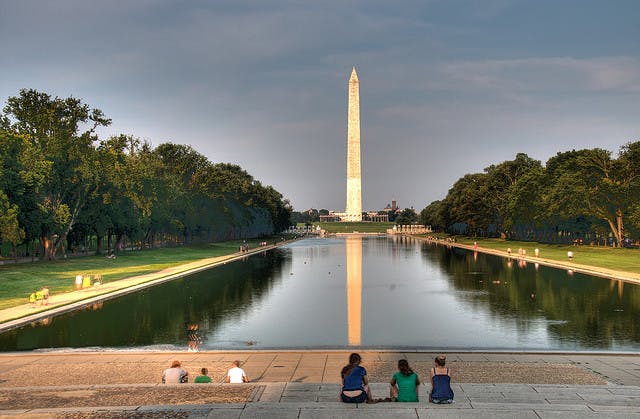 Construction of the Washington Monument started in 1848. The stone for the monument comes from Maryland and Massachusetts. The walls are made of white marble . The monument weighs 90,854 tons and is equal to a 50 story building in height. The total number block is 36,491 and the total cost of the monument was $2 million dollars (today it would cost 21 million dollars).At the ceremonial laying Abe Lincoln was in attendance.