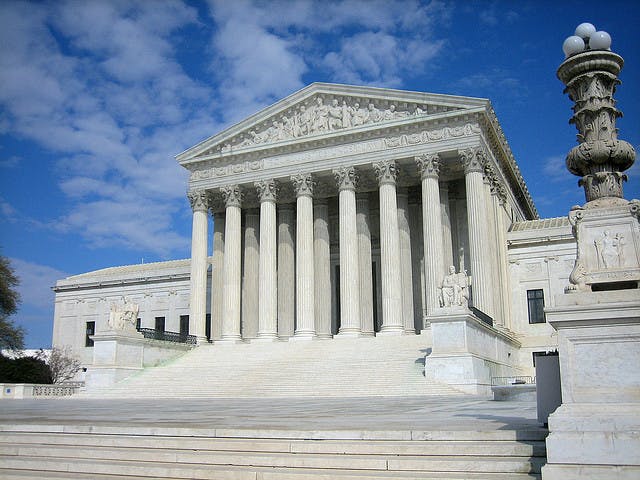 The Supreme Court was first convened in 1790. The first set of justices, which numbered only three, joined the rest of the government in New York, where the temporary capital was. When the capital moved down to Philadelphia in 1791, the members of the Supreme Court followed. However, despite their trips (required by Congress) all over the country to hold court in what justices termed the “frontier,” the first three years of its existence the Court was not extremely busy. Because the new country was so young, it took some time before appeals trickled up from the lower courts.

After 1800, when the government made its permanent home in D.C., the Court moved into the Capitol Building as soon as it was completed.Until then, the Court met wherever they could find a place. For a century, the Court was lodged in the Capitol Building. However, Chief Justice Taft, former President, lobbied to have the present house of the Court built. The building’s elegant design makes visitors think of classical Roman and Greece architecture. Court was held in the new building beginning in 1935.