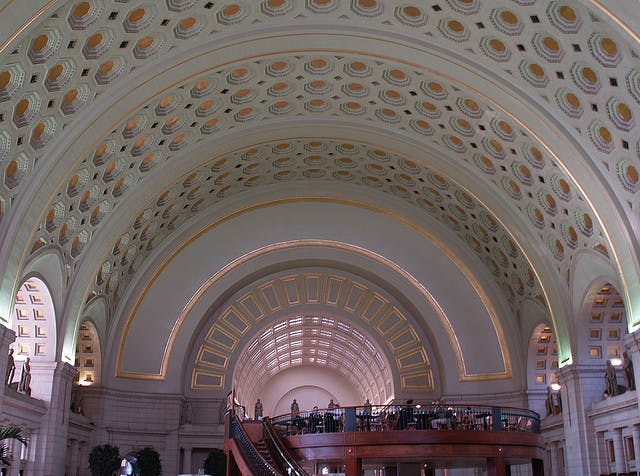 When it was opened in 1907, Union Station held the distinction of being the largest train station in the world. It also covered more ground than any other building in the United States at that time. It was not completely finished until 1908. At its peak, Union Station employed 500 people. The building is a great example of Beaux-Art architecture, a neoclassical style extremely popular in France.

The beautiful ceiling is one of the most noteworthy points of Union Station. Seventy pounds of 22-karat gold leaf were used to decorate the 95-foot high ceiling. After the advent of air travel, Union Station became somewhat obsolete but is has now since been restored to its former grandeur and is an extremely busy building with shopping, offices, and museums all sharing the space.