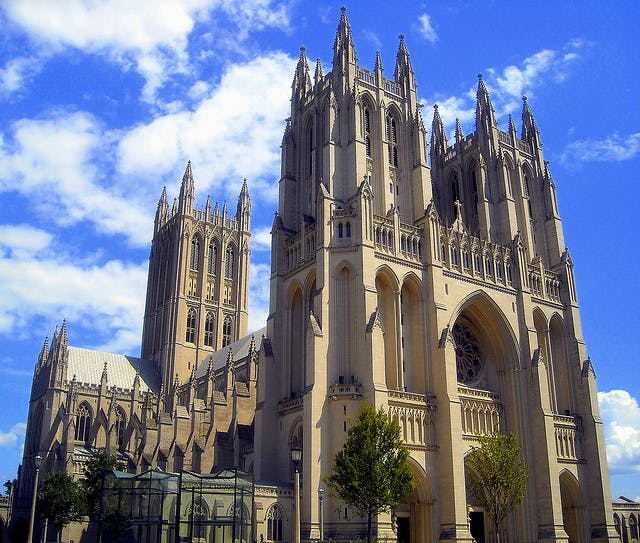 The U.S. National Cathedral was completed 83 years (to the day!) after it was begun. It was begun September 29, 1907 and finished on September 29, 1990. The first track of land for the Cathedral site was purchased in 1898 for almost 250,000 dollars. It is the sixth largest cathedral in the world and the second largest in the nation. Only St. John’s in New York City is larger.

The total cost of building the Cathedral was 65 million dollars all raised through private donation. The Cathedral has a staff of 75 people as well as over 1000 volunteers keeping it operational and running. It welcomes nearly 700,000 visitors and worshipers annually.